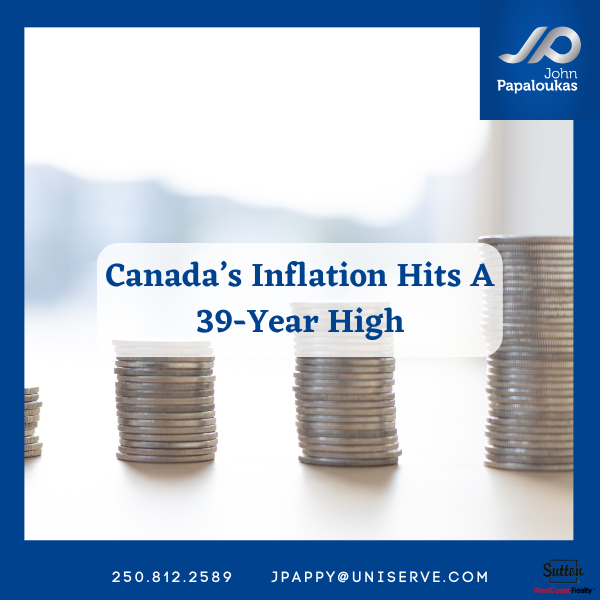 While it was less than expected it is accelerating and is way above target.

Canada’s CPI ripped higher, largely due to the price of gasoline. Annual growth came in at 8.1% in June, the largest annual growth since January 1983. Despite markets expecting higher inflation and this being a “relief,” it was 0.4 points higher than May. Price growth isn’t just high but still accelerating.

Global prices for commodities and oil means inflation is near the peak. Economists are expecting the CPI’s growth to peak soon, however, the annual rate of growth is still 4x the target rate, eroding purchasing power at a very fast rate.

Economist are also suggesting that we may see the Bank of Canada’s overnight rate hike to 3.25% by October and for that to push the economy into a moderate contraction next year.

The first sign of inflation problems resolving will be CPI’s annual growth peaking. Then CPI needs to fall back to the target rate, without triggering a recession… then it needs to stabilize in the target range. Canada isn’t even at the point where it’s no longer rising, so the challenge isn’t close to over. It’s arguable the Bank of Canada has hardly started to tackle the problem.