The 13 Municipalities of Greater Victoria 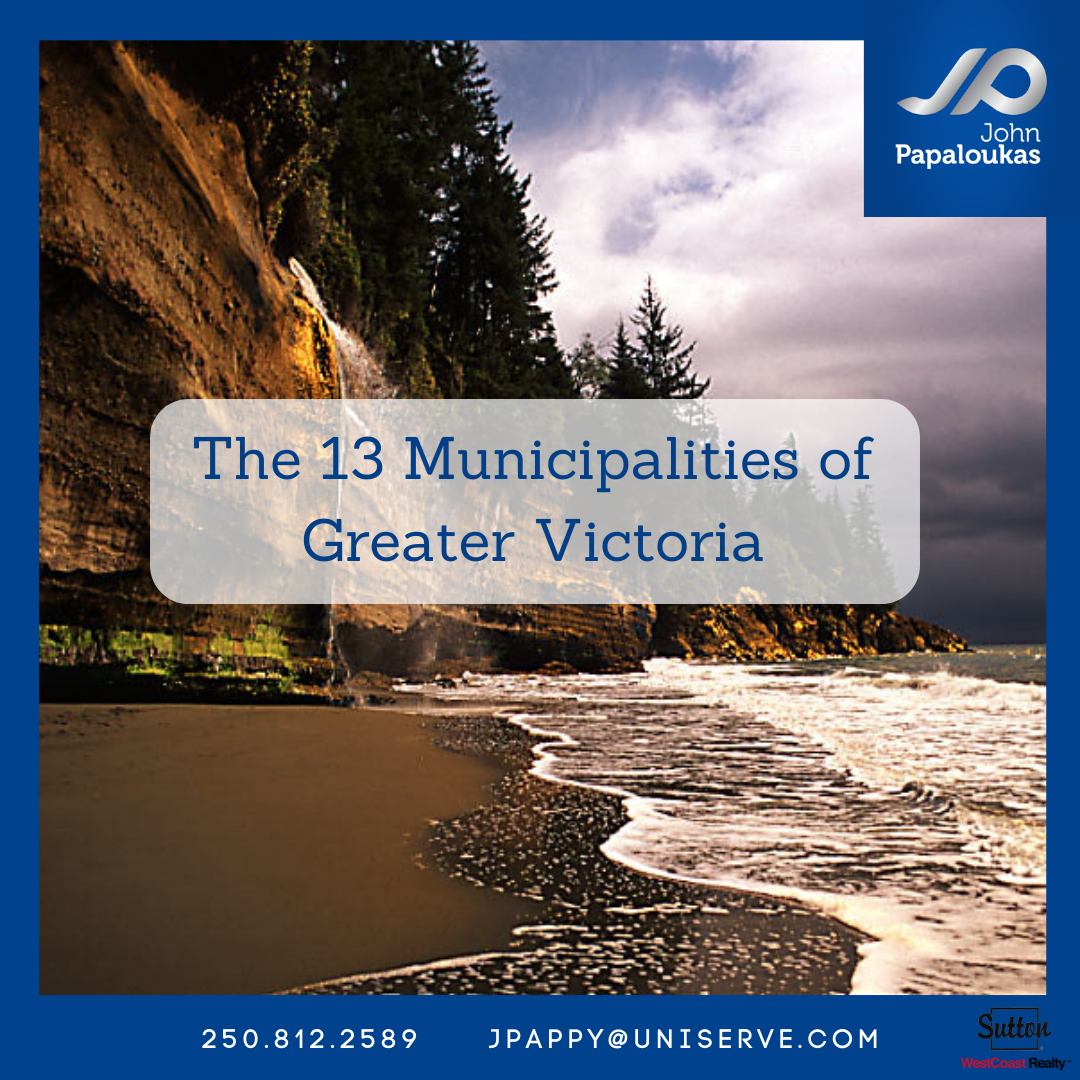 Over the next 3 weeks, I’ll be writing about the 13 municipalities in the Greater Victoria area and their best attributes.

While many refer to the entire area as Victoria, we are actually broken up into 13 unique and beautiful municipalities, each with its own characteristics and communities.

The District of North Saanich is located at the north end of the Saanich Peninsula approximately 25 kilometers north of Victoria.

North Saanich exists within the Traditional Territories of Coast Salish peoples. Specifically, the Pauquachin First Nation and Tseycum First Nation are an active and vital part of our community

Local neighbourhoods which include Ardmore, Deep Cove, Curteis Point, Cloake Hill/Green Park, Dean Park, and the South East Quadrant are on the periphery of a rich agricultural interior which is protected by the Provincial Agricultural Land Reserve. Agriculture is very important to the municipality, as evidenced in the number of farms, and roadside produce and flower stands.

Nicknamed “Sidney by the sea”, the picturesque town of Sidney is situated within the traditional territory of the W̱SÁNEĆ People on the southern tip of Vancouver Island. The community is located along the shores of the Salish Sea on the Saanich Peninsula, amidst the Gulf Islands with Mount Baker standing in the distance.

Sidney boasts many attractions and amenities including a scenic 3.6 kilometer waterfront walkway, a historical museum, the Shaw Centre for the Salish Sea Aquarium, enchanting street statues and murals, a 420 ft. Fishing Pier with a thriving marine life Artificial Reef, a vibrant downtown boutique shopping district, and much more. Sidney's waterfront location allows for many other water-related activities such as boating, sailing, kayaking, diving, and fishing.

Central Saanich is a friendly and active community spanning the middle of the Saanich Peninsula and is home to the Tsartlip and Tsawout First Nations.

From Island View Beach on the east to the Saanich Inlet on the west, the region includes fantastic parks, beaches, and amenities. Central Saanich has the highest concentration of agricultural production in the region and is dedicated to celebrating and preserving our agricultural roots and the bounty of green spaces.

The Juan de Fuca (JdF) Electoral Area encompasses the southwest coast of Vancouver Island from the community of Otter Point to Port Renfrew and includes the geographically separate communities of East Sooke, Malahat, and Willis Point.

It also includes the Chatham and Discovery Islands, which lie off the east coast of Victoria, near Oak Bay.

If looking for the perfect location for your next home, Greater Victoria and one of its many municipalities will definitely have what you’re looking for!